OSUN's Liviu Matei on "The West's Crisis of Academic Freedom" 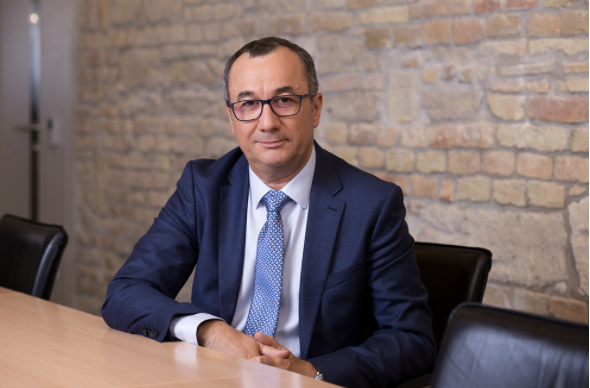 This article by Liviu Matei originally appeared in Project Syndicate on March 29, 2021

The West's Crisis of Academic Freedom

By Liviu Matei, OSUN Vice Chancellor and Co-Leader of the Global Observatory on Academic Freedom

Across the West, politicians are increasingly condemning and attempting to restrict research in academic fields that challenge their own worldviews. The threat to academic freedom demands intellectual resistance, starting with an effort to develop a common understanding of the concept and why it matters.

VIENNA – A crisis of academic freedom is looming in Europe. Usually when academic freedom comes under fire in the West, people assume that it is a marginal issue, confined to countries like Hungary that have become increasingly authoritarian. But an honest reckoning would show that the problem is far more widespread than Europeans and Americans would like to admit.

Yes, things are bad in Prime Minister Viktor Orbán’s Hungary, a European Union country where constitutional protections for academic freedom have been erased, gender studies has been denied accreditation as an academic course, and a former army colonel has been appointed chancellor of the Budapest University of Theatre and Film Arts. But consider France, where Frédérique Vidal, the minister of higher education, research, and innovation, has accused the country’s universities of promoting “Islamo-gauchisme” (Islamo-leftism), and launched an investigation into the entire academic field of postcolonial studies.

And the threat is not confined to the EU. In both the United Kingdom and the United States, which have long represented the gold standard for academic freedom, lawmakers appear to want to join ranks with Hungary’s illiberal regime. In the US, Republican-controlled state legislatures are drafting bills to prevent “critical race theory” and other academic fields from being taught in public schools.

In the UK, meanwhile, the government recently released a white paper – “Higher education: free speech and academic freedom” – that appears to call for radical restrictions of academic freedom in British universities. In a truly Orwellian gesture, the government wants to install a “Free Speech and Academic Freedom Champion” in the Office for Students. While Prime Minister Boris Johnson probably won’t go so far as to appoint a former military officer to the post, he doubtless will choose someone with strong partisan credentials.

The crisis of academic freedom is partly political and regulatory, featuring threats and legal restrictions on research and education. These are, in essence, attacks against the very notion of knowledge as a public good (though they are more disguised than is the case in countries like Turkey or Russia). But there is also an intellectual dimension to the crisis, born of the absence of a shared understanding of how academic freedom should be adapted to the present.

Academic freedom is a global challenge, but Europe has a particular problem with it. In Europe, higher education has been transformed by the creation of a European Higher Education Area, a process that started in 1999. Currently comprising 49 countries, the EHEA has created a common space for higher education with shared models and standards, intense exchanges, and joint regulations and institutions, which transcend national jurisdictions and academic traditions.

Yet, despite these remarkable changes, the work of developing a shared concept of academic freedom, suited to the present, has not kept up. Instead, academic freedom has simply been neglected, with scant agreement about what it even means. Whether one looks to higher-education policies or within universities themselves, there simply is no shared definition of the concept, nor any common recognition of why it is currently needed.

The enemies of academic freedom have profited from this vacuum, exploiting it for political benefit. When the European Commission sued Hungary in 2017 for infringing on academic freedom, it pointed to the fact that Central European University (CEU) had been forced out of the country. But the Hungarian government maintained that the EU had no jurisdiction, because there was no European definition of academic freedom – legal or otherwise – upon which to base its case. In the end, what should have been a clear-cut landmark case about academic freedom turned partly into a dispute about the delivery of commercial services under World Trade Organization rules.

For her part, Vidal justified her attack on universities not only with political and legal arguments – namely, that restrictions on some disciplines are necessary to protect the rule of law and to prevent terrorism – but also with her own tendentious definition of academic freedom. Adopting a familiar tactic from the far right, the French government has tried to package its assault on postcolonial studies as a research project, as if it is simply exercising academic freedom for itself. By framing the issue in this way, the government can pretend that it is not cracking down on postcolonial studies for political reasons, but rather conducting its own “study” into the issue of “Islamo-gauchisme.”

There is a recent precedent for this strategy in the UK. In 2017, Chris Heaton-Harris, a Conservative MP, demanded that all major universities in the country submit course syllabi and the names of any instructors teaching their students about Brexit. In response to the inevitable backlash, his excuse was that he “was doing research” for a book.

Universities should not be political institutions. But protecting them from attack nonetheless requires political action, because academic freedom is a political issue. The free and open pursuit of knowledge as a public good is necessary to the proper functioning of democracy.

The crisis of academic freedom thus demands intellectual resistance, starting with an effort to develop a modern-day common understanding of the concept in Europe. Here, academics could profitably work with their allies in the European Parliament, where there has been strong support for CEU in its struggles with the Orbán regime, and for freedom of research and education more generally.

The question, of course, is what a pan-European concept of academic freedom might look like. Can we draw inspiration from the European tradition of a rationalist, “colorblind” epistemology, or do we need new, more sophisticated perspectives? After a long delay, initiatives to explore such questions are now underway. It is my profound hope that these efforts are not coming too late.