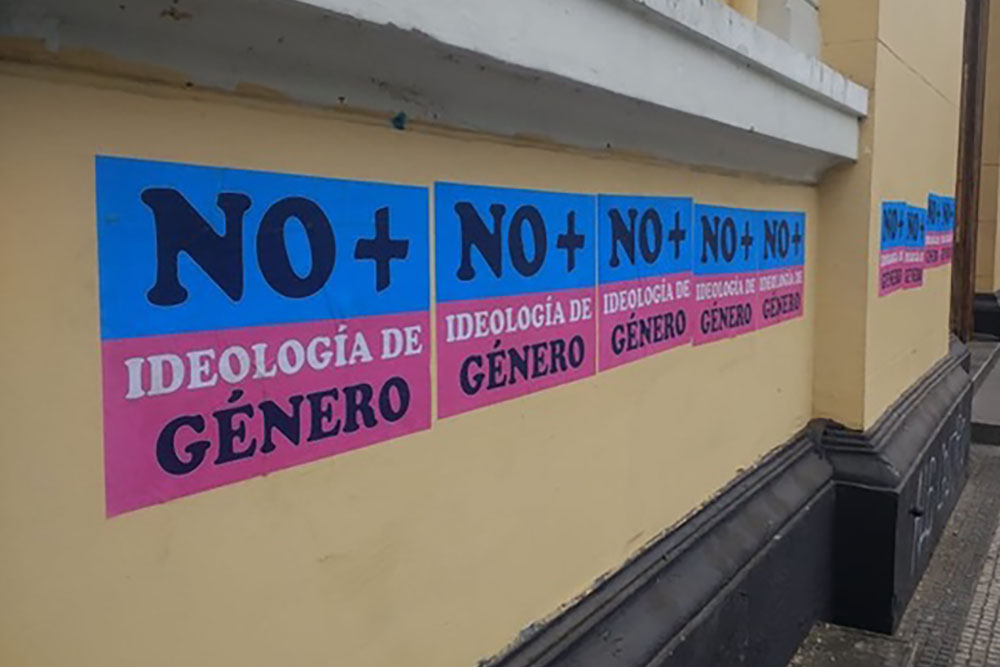 Stella Nyazi spoke about anti-gender politics in Uganda and the backlash she received for her creative and political activism aimed at addressing sexual, reproductive, and queer rights. Mauro Cabral discussed the efforts to de-pathologize transgender people, anti-gender groups’ response, and the work of the NGO Global Philanthropy Project in mobilizing funds to support research and advocacy in response to anti-gender movements. Jules Gill-Peterson, author of Histories of the Transgender Child (2018), spoke about the importance of public-facing advocacy as a challenge to corporate media stories that distort the lived experiences of trans people, especially trans children. Alia Amirali spoke of the connection between economic hardships in Pakistan and rising attacks on women and transgender people in the country. She argued that current waves of the anti-gender movement are embedded within global crises of capitalism and liberal democracy, and the concurrent rise of right-wing and nationalistic sentiments.

The panelists discussed the possibility of developing a new terminology for the naming and categorization of groups as a way to counter anti-gender movements. Cabral offered that linguistics was not the issue, rather, addressing the common tools that oppositional groups use to counter transgender and intersex rights need to be examined. Cabral stressed finding common denominators oppressed groups share, so they can reduce internal hostility and build aligned political responses.

Participants reflected on the similarity of anti-gender movements in different contexts and how that presented opportunities for developing coordinated strategies to respond. All emphasized the importance of multi-level resistance and diverse actors in creating responses to anti-gender attacks, stressing the need to reclaim queer imaginings of the future, which are constantly being attacked by right-wing groups.

Read a full summary of the discussion here. A transcript will be available as a chapter in a forthcoming volume of Transnationalising Anti-Gender Politics, edited by roundtable organizers Aiko Holvikivi, Billy Holzberg and Tomás Ojeda, and published in the Palgrave book series Thinking Gender in Transnational Times.