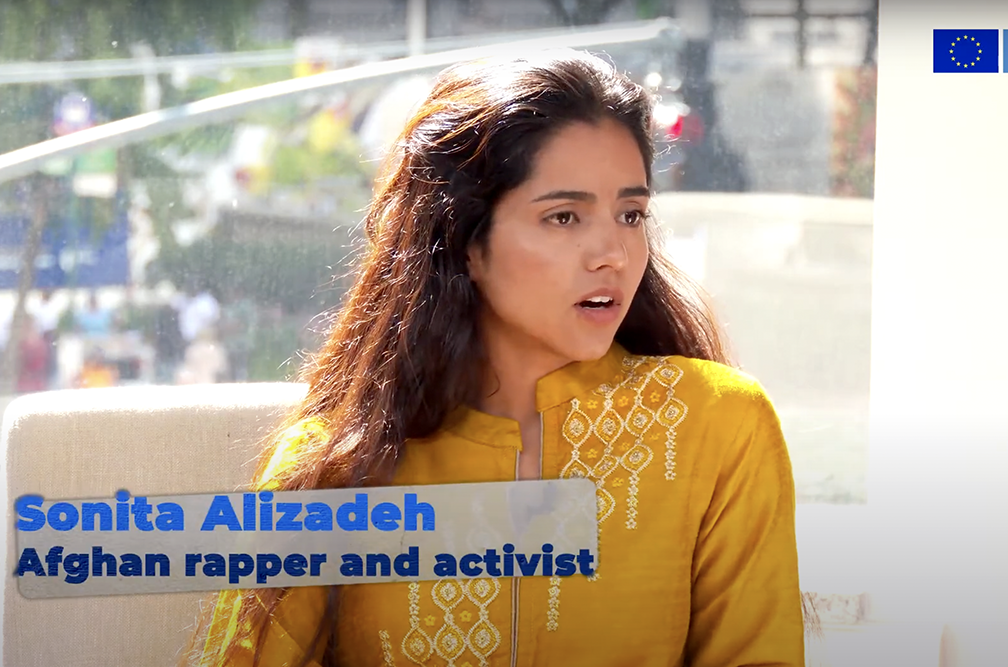 Sonita Alizada speaking at the "Women in Conflicts" event. Image courtesy of the European Council.

Alizada opened the event performing her song “Daughters for Sale,” which passionately criticizes the practice of forced child marriage. “Let me whisper some words in your ear/so no one can hear/I’m talking about girls for sale” she rapped, drawing on her own experience of twice escaping forced marriage in Afghanistan and Iran. 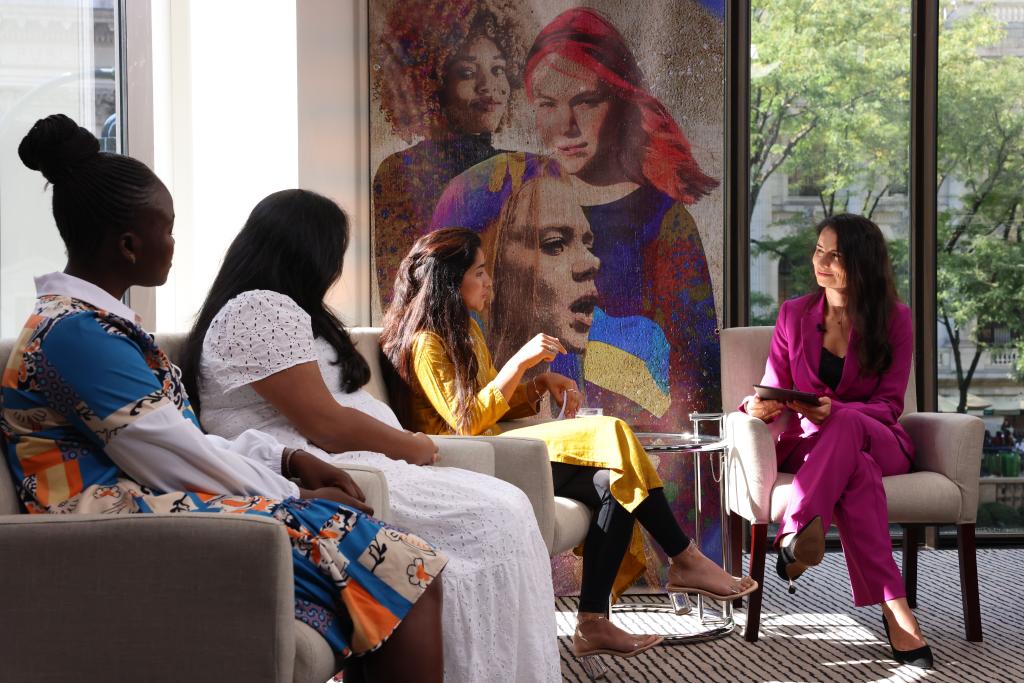 Sonita Alizada ’23 speaks on a panel at the third annual Women in Conflicts event. L-R: Grace Adhiambo, Women Volunteers for Peace, Kenya; Jayathma Wickramanayake, United Nations Secretary-General’s Envoy on Youth; Sonita Alizada; and moderator Stéphanie Fillion.
In the discussion part of the event, she reflected on the anniversary of the Taliban banning girls from attending secondary school in Afghanistan, describing the situation as an emergency. Alizada also criticized global inaction and called on the humanitarian sector and international leaders to listen to and invest in women and girls who are living in crisis situations.

“If another generation is born in poverty and illiteracy, the humanitarian crisis, child marriage, sexual abuse, health issues, (will grow) at an even faster rate,” she said, referring to conditions in Afghanistan and Iran. 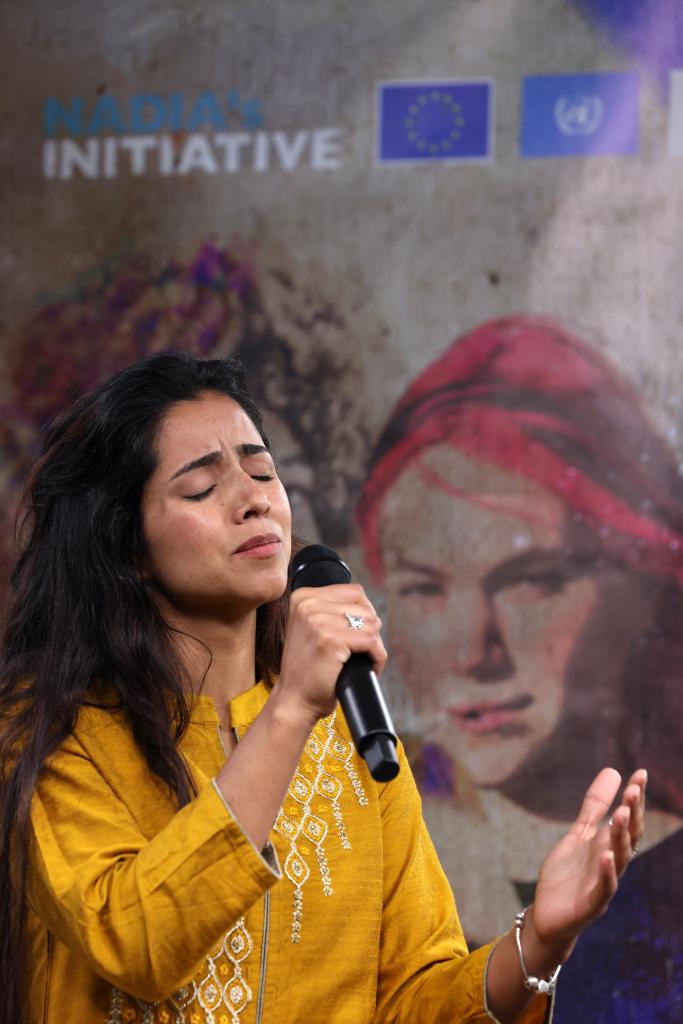 Jayathma Wickramanayake, the UN Secretary-General’s Envoy on Youth, highlighted the problem of women frequently being characterized as victims of conflict instead of individuals who can play an active role in maintaining peace and security in their communities and countries.