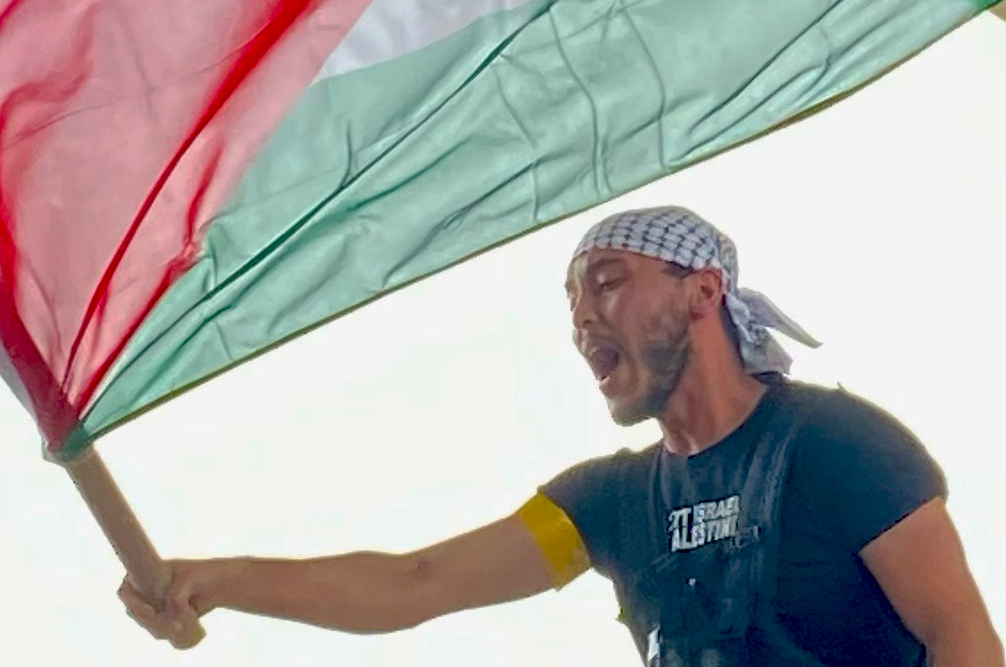 In a concerted effort to express solidarity with colleagues at Al-Quds University (AQU) and Al-Quds Bard College (AQB) following Israel’s recent intensified military operations against Palestinians, OSUN’s Center for Human Rights and the Arts, along with the Bard College Human Rights Project and Middle Eastern Studies program, organized a panel discussion on May 24 with faculty and staff from AQU and AQB.

“As a center focused on exploring and advancing the intersection of human rights and the arts, we add our voice to the international mobilizations among human rights organizations, art institutions, and practitioners to call for an end to the decades-long systematic violations of the Palestinian people’s human rights,” said Ziad Abu-Rish, Director of the MA Program in Human Rights and the Arts at Bard College and moderator of the discussion. Abu-Rish was joined by Munir Nusseibeh, Assistant Professor of Law, AQU; Rana Hajjaj, Program Manager, AQB; and Saida Hamad, Head of Media Studies, AQB.

“Palestine is at the heart of debates and advocacy about human rights as well as the arts, so it was only logical to invite colleagues from AQB and AQU to share their perspectives and to amplify their voices,” he added. “We see them and we stand with them.”

One speaker explained how local Palestinian activists are “reclaiming the Palestinian narrative” by centering human rights terminology and comparative historical frameworks, drawing attention to the recent reports by Palestinian, Israeli, and international human rights organizations that have claimed Israeli government policies toward Palestinians amount to apartheid.

They also pointed out that the broad reach of social media platforms greatly magnified these activists’ messaging, allowing solidarity movements around the world to amplify their voices and narratives. Accordingly, a new generation of digital activists in Palestine and globally are actively refuting traditional Western mass media messaging on Israel-Palestine. The speaker highlighted the politics of terminology, a key terrain of struggle between traditional and social media, such as choosing between “evictions” and “ethnic cleansing” or “conflict” and “settler colonialism.”

Panelists also provided legal contexts and historical background, including that of Israel’s occupation and annexation of East Jerusalem since 1967, pointing to the forced removal of Palestinian residents. One speaker explained the particular context of Sheikh Jarrah, the East Jerusalem neighborhood that has become a focal point of such dynamics and international media attention. Another speaker pinpointed the role of international actors, most notably the British Empire and the US government in facilitating first, the establishment of Israel, and then, Israeli policies toward Palestinians.

Upon closing, panelists asked the more than 100 attendees to further educate themselves and their students in order to actively ally with the faculty and students of AQB and AQU.