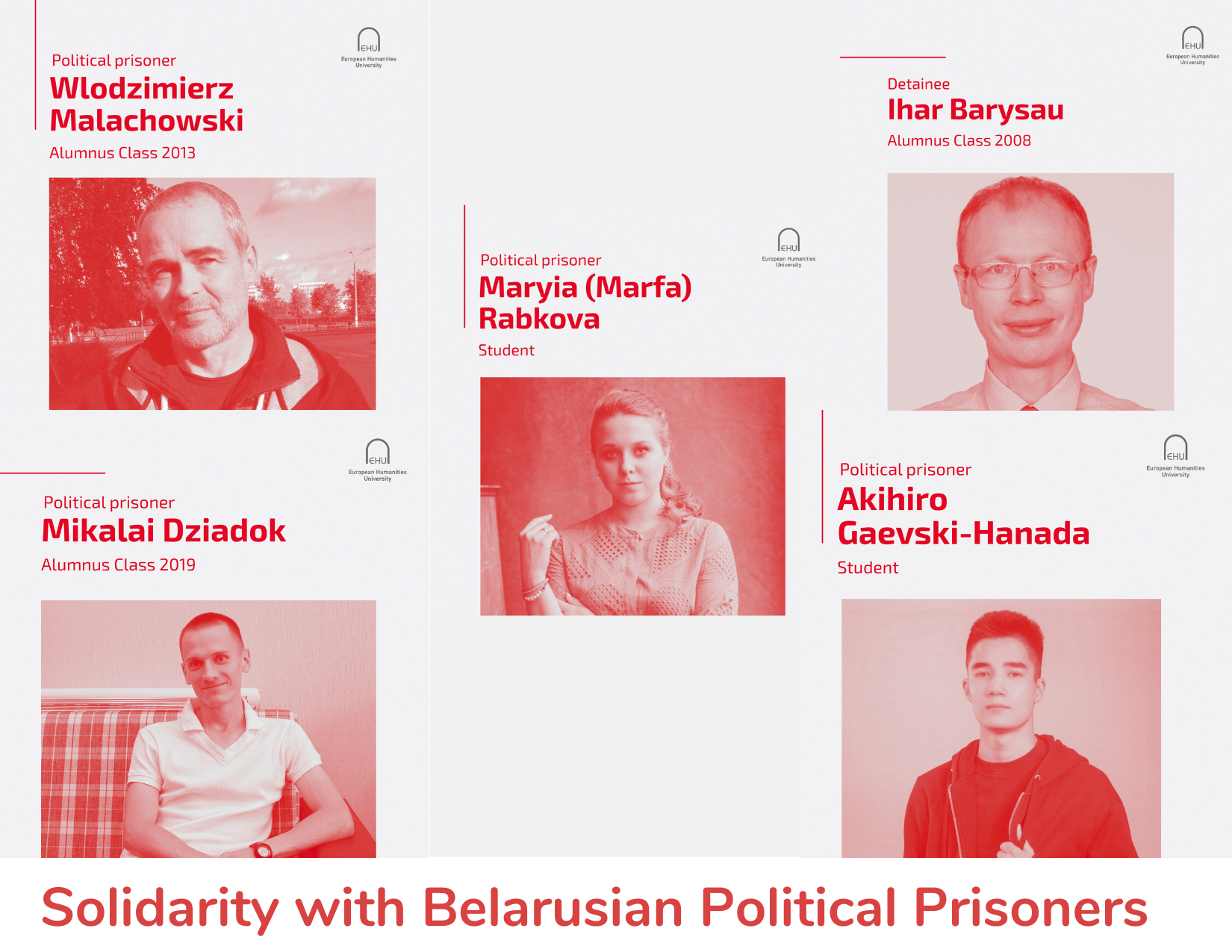 On March 25th, Belarusian Freedom Day, OSUN joins the European Humanities University (EHU) in calling for solidarity with all who have been subjected to repression by the Belarusian authorities. This includes all individuals who have been unlawfully arrested and detained, arbitrarily convicted, fired, or expelled from universities for expressing their civic and political views.

Today, 298 persons are recognized as political prisoners in Belarus and the number continues to grow. 48 students and graduates of EHU, a Belarusian university now exiled in Vilnius, Lithuania, were detained after the 2020 presidential elections in Belarus.

Maryia Rabkova, a political prisoner, EHU 3rd-year student, was detained in Minsk on September 17, 2020, and will be kept under arrest at least until June 17. She faces up to 12 years in prison.

Akihiro Gaevski-Hanada, a political prisoner, EHU 2nd-year student, was detained on August 12, 2020. It is known that he was severely beaten after his arrest.

Mikalai Dziadok, a political prisoner, EHU alumnus (Class 2019), was detained on November 12, 2020. While in custody, Mikalai’s health deteriorated greatly. Mikalai faces up to 3 years in prison.

Wlodzimierz Malachowski, a political prisoner, EHU alumnus (Class 2013), was detained in Vitebsk on September 13, 2020. On March 1, Wlodzimierz was sentenced to 3.5 years in prison and a fine for alleged violence or threat of violence against an internal affairs employee.

Ihar Barysau, EHU alumnus (Class 2008), the leader of the Belarusian Social Democratic Party, was detained in Minsk on March 21 and was sentenced to 15 days in prison.