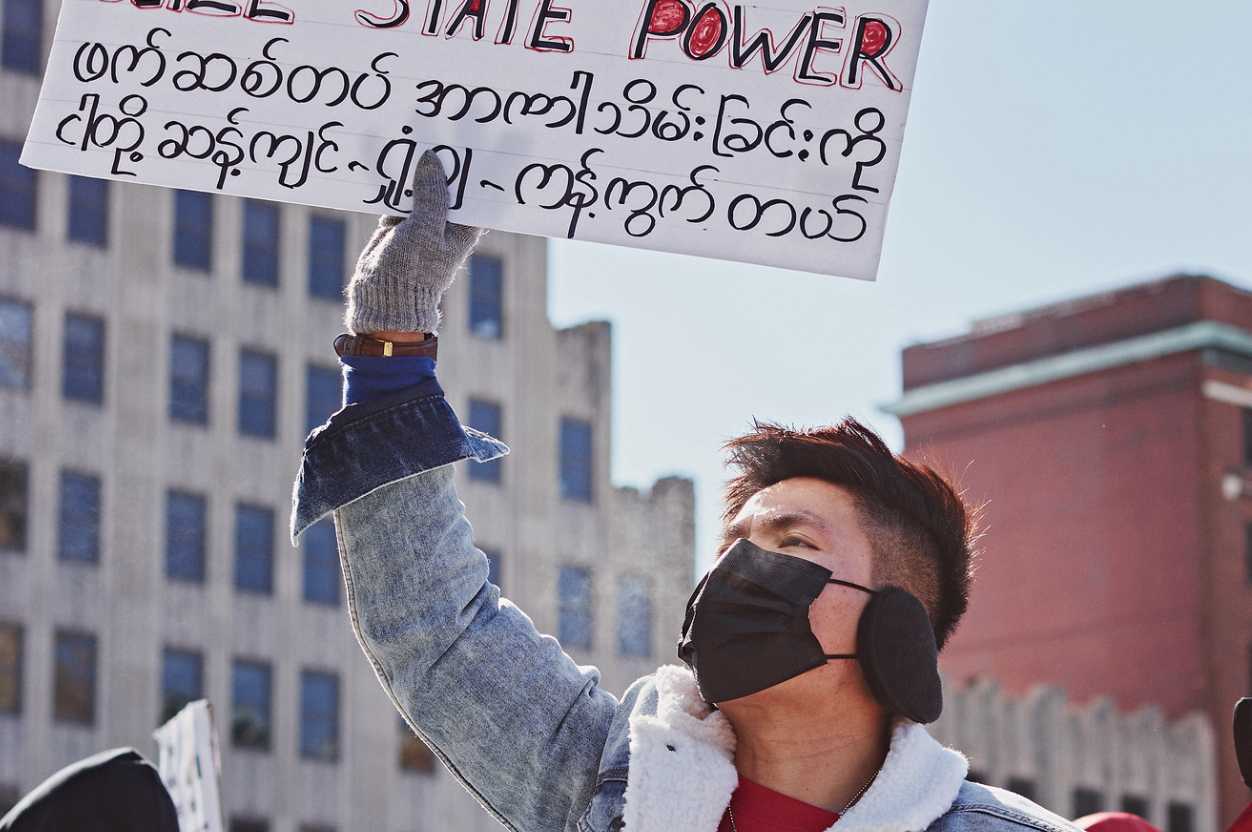 Photo of a protest for Myanmar courtesy of @ayefilmstudio/Flickr

Central European University (CEU) has been a longstanding partner in supporting Myanmar’s higher education reforms since 2012. We condemn the takeover of all branches of government by the Myanmar military and the violent crackdown on unarmed civilians who stood up to brutal, corrupt and unlawful actions of those whose very mandate is to protect the peace, security and wellbeing of the people.

On 1 February 2021, the world woke to the chilling news of a military coup in Myanmar, with the arrests of leaders of a democratically elected government, members of parliament ,and civil society leaders. A number of education officials, academics and students have subsequently been detained.

People of Myanmar of every ethnicity, religion and profession rose to speak out courageously, through peaceful protests and a civil disobedience movement that has spread throughout the country. Yet lawless detentions continue. Myanmar citizens continue to lose their lives fighting for the freedom to elect their leaders and build a better future for themselves and their children.

Founded at the time of the fall of dictatorial communist regimes in Central and Eastern Europe, CEU is dedicated to the cause of open society, the study of democracy and its evolutions, and to educating students from all over the world who are committed to freedom and justice. Building on its expertise in democratic transition in Central and Eastern Europe, and in the spirit of academic solidarity, CEU has supported the efforts to reform Myanmar’s higher education since 2012. During this time, Myanmar universities have begun to emerge as a force for a better future, following decades of neglect.

We have welcomed hundreds of teachers, researchers and students from Myanmar to our campus in Budapest, contributed to national policy debates and the design of new policy frameworks for higher education, supported local capacity building in curriculum reform, autonomous governance and management of universities and advancement of quality of teaching and learning in Myanmar. More recently, we have been planning beyond the pandemic to intensify our joint work with Myanmar universities and educational authorities on building university autonomy. This includes the launch of an ambitious national pilot project designed in 2019-2020, supported by the academic community as well as government officials, national policy-makers and international partners.

CEU's engagement in Myanmar began in the early days of the transition to democracy led by the quasi-civilian government of 2011-2015. It expanded greatly during the tenure of the first democratically elected government led by the National League for Democracy. As Myanmar authorities know all too well, our work of almost ten years supports home-grown educational reforms, envisaged as promoting the economic and social development of a country devastated by decades of dictatorship and isolation.

While far away in Central Europe, CEU is deeply concerned about our colleagues and partners in Myanmar. We urge the military authority to cease violence, release those who have been unlawfully detained—including student activists, academics and education officials—and work to ensure prompt restoration of a democratic political system that is based on the rule of law, freedom of thinking and expression, and supports people of all walks of life, faiths and political persuasions in building dignified lives and careers and contributing to their country’s progress.

We appeal to all international forces to play a positive role in addressing this crisis: Please, do not abandon Myanmar.