Although he hasn’t yet received his degree, Daniel Amoshie, an engineering student at OSUN partner Ashesi University in Ghana, has already designed a fully-functional machine for splitting cocoa shells, potentially helping solve the problem of two million child laborers in West Africa who do such dangerous work by hand.

Presenting his work at OSUN’s Ninth Annual Get Engaged Student Action and Youth Leadership Conference, held from June 23-30 at the American University of Central Asia in Bishkek, Kyrgyzstan, Amoshie was one of 55 undergraduates gathered there from around the world to discuss their civic engagement projects. All of the students’ presentations demonstrated an impressive commitment to working both independently and in collaboration, often challenging the social status quo so they can assist underserved communities. Below are some of their stories. 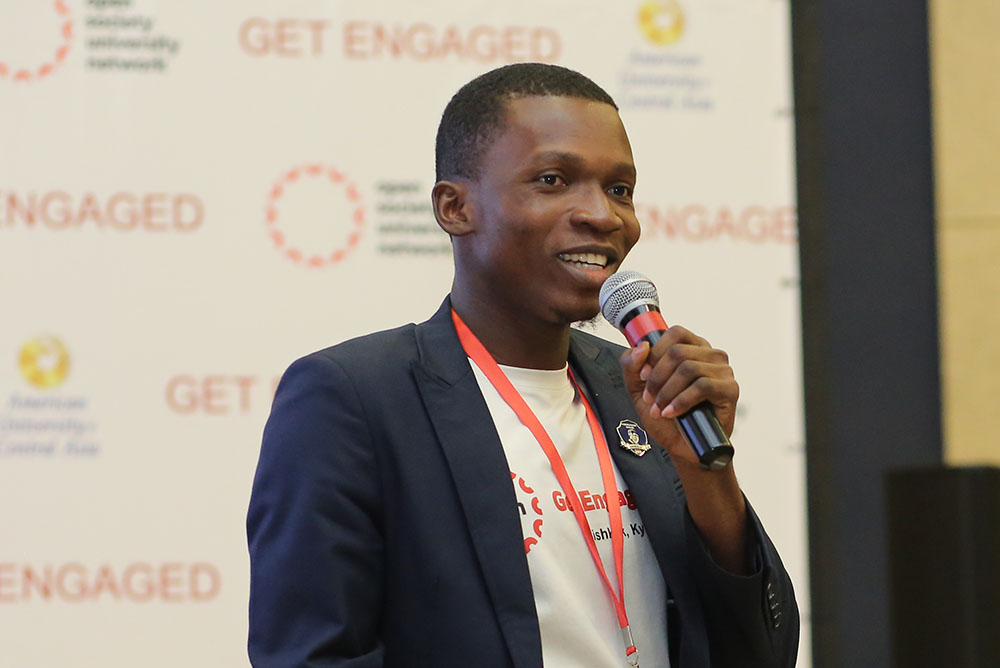 Daniel Amoshie (Ashesi University) presenting his project on a Cocoa Pod Breaking Machine. Photo by AUCA.
Seventy percent of the world’s cocoa is produced in West African nations such as Ghana by untrained workers aged 12-18, explains Amoshie. Hunched over cocoa pods for extended periods, the child workers use machetes to break open the shells so they can extract the beans used to manufacture chocolate. The work is not only dangerous and unhealthy but also inefficient, as it requires long hours and pays low wages.

Amoshie used his own savings to realize his vision, steering his project through ideation, research, and engineering design. An OSUN coordinator on his campus was helpful in obtaining a small stipend from Ashesi University and Amoshie partnered with an agritech fabricator to produce the fully functional prototype.

While he awaits design certification from the Ghanaian government, Amoshie hopes that contacts he made at Get Engaged might help him find the funding he needs to manufacture more splitting machines. He plans to sell the machines cheaply to farmers so they can harvest cocoa more efficiently, giving their children more time to build skills suitable for higher paying jobs.

“Farming families are beginning to identify that they are not getting the right solutions to help themselves,” says Amoshie. “I believe with more work and effort I can support more people with the knowledge I’m gaining.”

Symonne: Creating a community safe space on campus in the US

Similarly, Symonne Reid believes the relationships she established at Get Engaged will help her to share what she has learned during the two years she directed Gilson Place, a community space for students of color at OSUN partner Bard Annandale in the US. 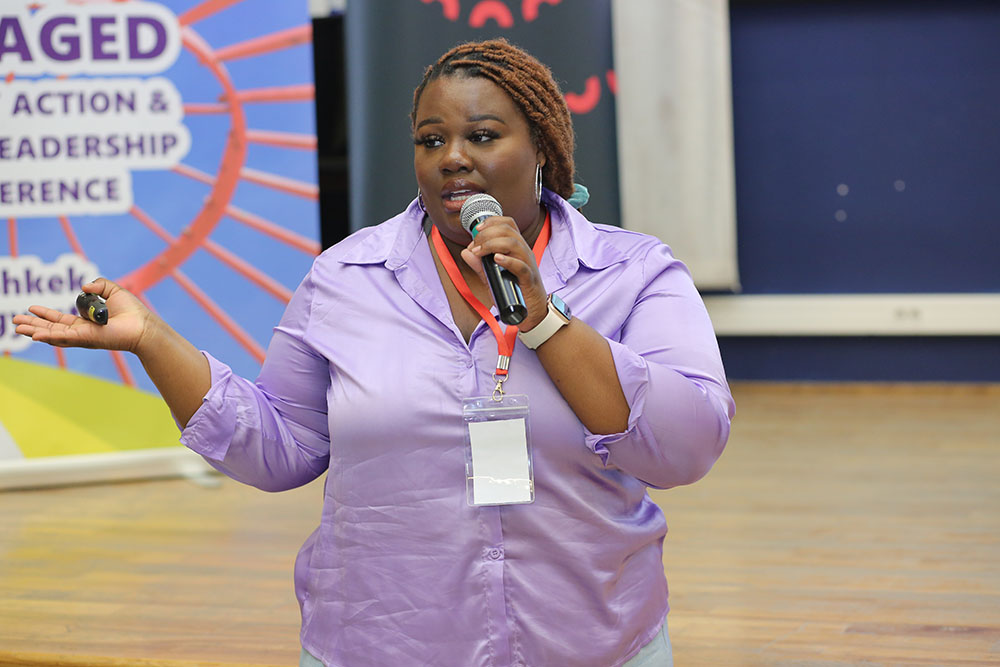 “Talking to other people about the issues they go through in their home countries, that’s what I want to bring back to Gilson so our community can be supportive of other communities and we can learn from other communities,” says Reid, an electronic music major at Bard.

Reid says she has focused on building sustainable systems for Gilson, so it might endure as a cultural and ethnic safe space at Bard, where 31% of the student population is people of color and 9% is Black. During her tenure, she successfully secured funding to update and furnish the aging building that houses Gilson, making it an inviting place for students to attend events and just exist outside of the predominantly white spaces at Bard.

“It’s really a home. A hub and a home,” says Reid, who also worked diligently to foster a culture of mutual support among the space’s twelve staff members. “If we want to create family for the community, it has to come from the people who are leading the space,” she says. Something seems to have worked, as each semester the space now averages around twenty student visitors per day.

Joodi: Filling a health gap for the medically underserved in Lebanon 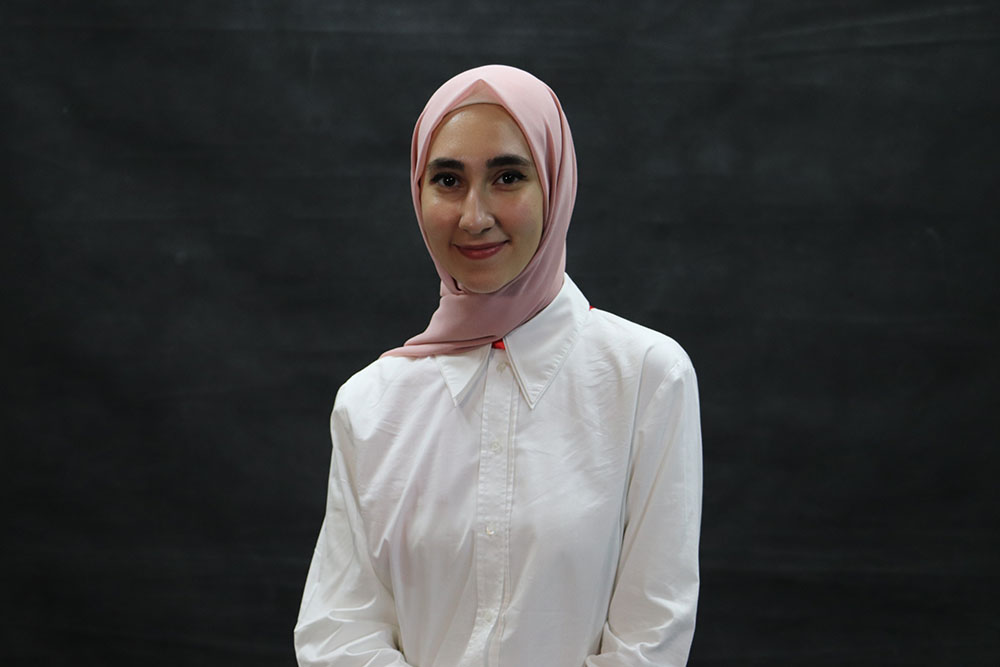 “Healthcare services have become a luxury to many individuals in Lebanon,” says Mourhli, who explains that ongoing political and economic instability in the country, in addition to the Syrian refugee crisis, has left many individuals unable to cover their medical expenses. MedWork seeks to fill the gap by working with non-medical NGOs to refer individuals in need of care to the free clinic, which is staffed by medical and nursing students who volunteer their services.

“We are proud of the diversity of patients that we have so far served and the opportunity we have provided medical and nursing students to practice and enhance their theoretical and hands-on skills,” she says.

Following a successful pilot program, MedWork now seeks wider international exposure so it can encourage NGOs to provide funding for additional HEAL clinics throughout Lebanon. Like Amoshie and Reid, Mourhli hopes that connecting with the network will facilitate that. 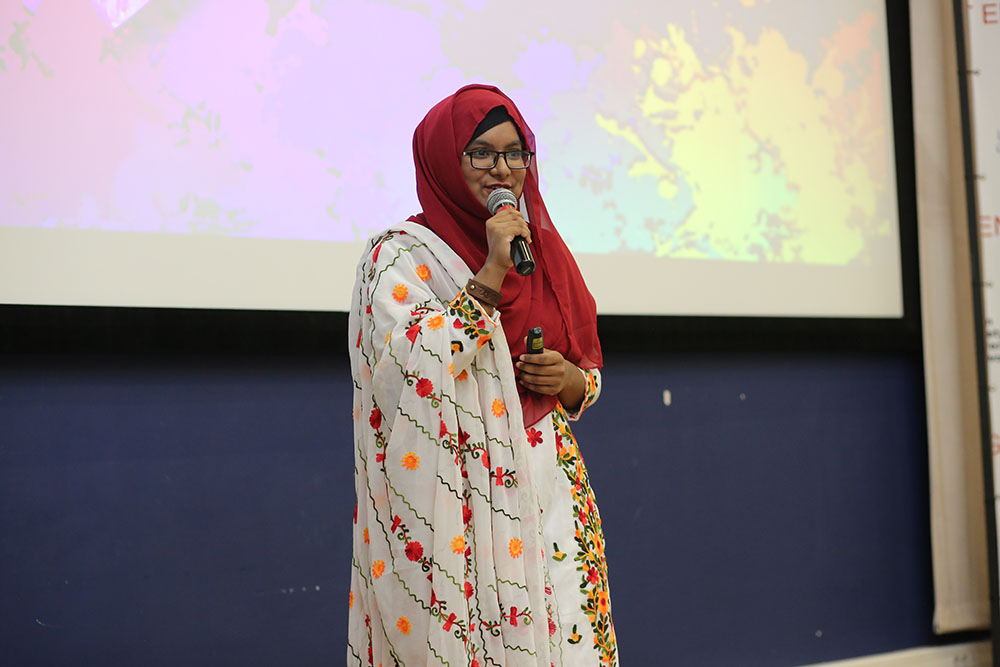 Since Bihari women bear the heaviest burden of insitutionalized discrimination, Paper Cranes focuses primarily on them. With the benefit of a seed fund from UN Women Bangladesh, ten BRAC students designed and implemented modules, workshops, and training sessions for 15 volunteers, who in turn instructed 30 community women on issues such as gender inequity, SRHR (sexual and reproductive health and rights), menstrual health, and consent. The women have also been trained in skills such as digital literacy and tie dying.

Informal sessions for women to talk freely about their experiences were groundbreaking for everyone involved, says Tofa. “The greatest challenge was getting people from the Bihari community to trust us, and to see some worth in this initiative,” says Tofa. “However, everything fell into place the moment we started having conversations openly and we realized how much we all had to say and to listen,” she says. 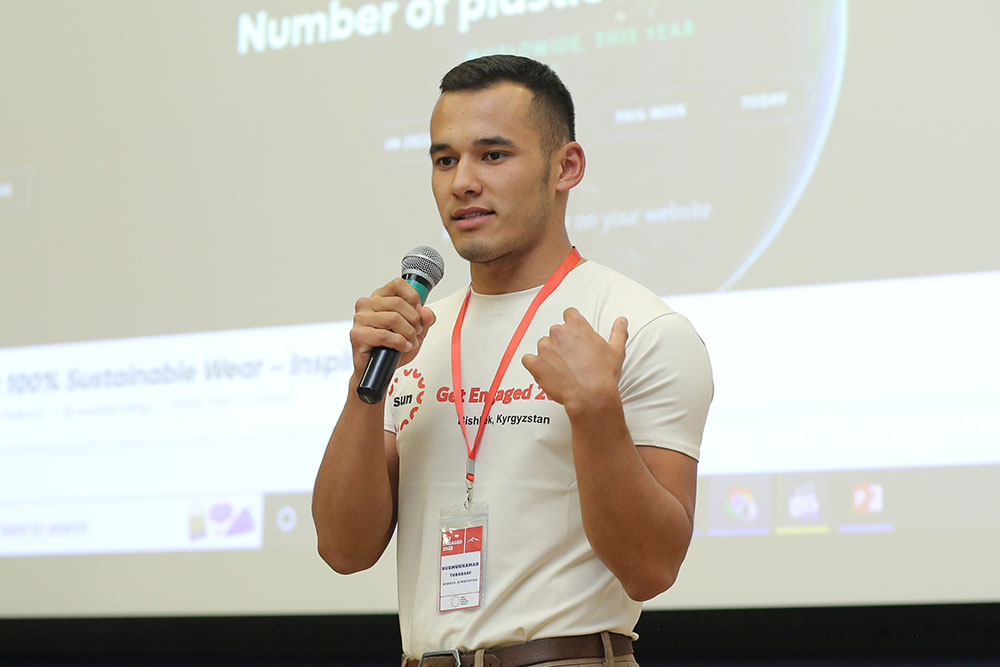 “The issue of ethnic clashes relates to 100% of the youth living here because it is a problem of the whole southern region,” says Turbaev, who explains that tensions between Kyrgyz and Tajik youths are worsened by the high rates of migration driving many parents to Russia, where they seek employment. Increased migration has also led to rising rates of poverty and domestic violence.

CANY seeks to advance higher quality education and sustainable employment as it also works to address ethnic conflict and gender inequality. It does all this by fostering community involvement through inter-regional debate tournaments, youth camps, motivational workshops, and webinars. Each year CANY helps students to come to the Kyrgyz capital of Bishkek to study English and some students win scholarships to study at AUCA or are shortlisted to attend prestigious universities in Kyrgyzstan and Russia.

Despite these admirable outcomes, Turkbaev found that confronting social norms was the most challenging part of his work. “Initially, it was very difficult to convince parents to send their children to the capital because the value of education is not very high,” says Turbaev. “But by showing the success stories of other students, we are rapidly changing the mindset of parents too.”

With seed money he won from participating in a local business competition, Turkbaev plans to launch a dried-fruit exportation business that would provide jobs and hopefully decrease the need to migrate from the area. As with many of his colleagues at the conference, Turkbaev hopes that the global exposure his project received at Get Engaged might generate the additional funding needed to execute the venture. Judging by all of the Get Engaged students’ extraordinary commitment to hard work and collaboration to make their projects impactful and sustainable, they will no doubt meet with success.