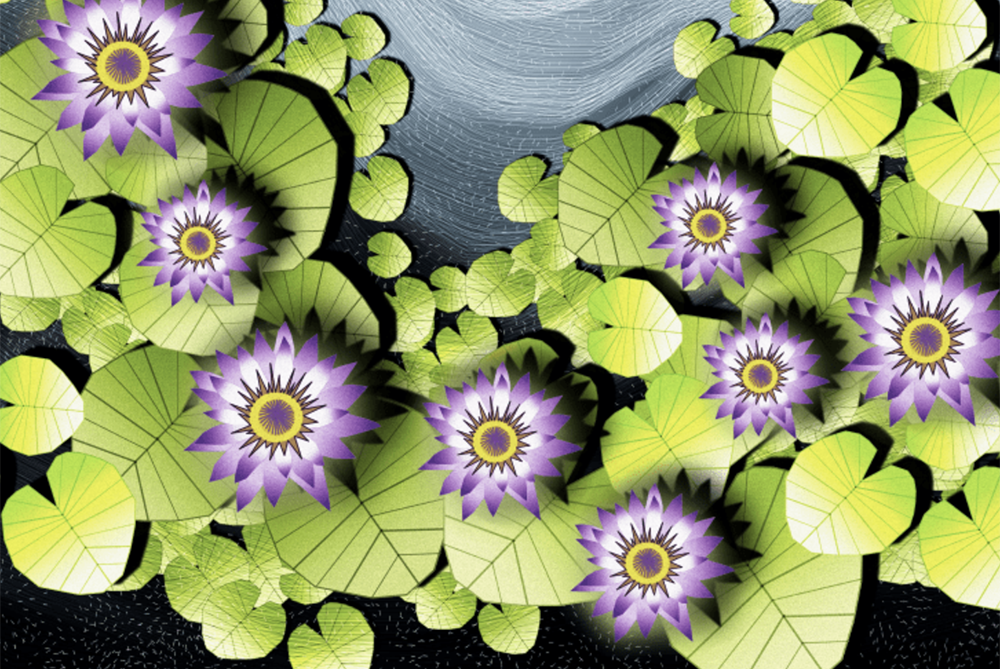 "Digital art series" by Ananna Khan at BRAC University is featured in the new issue of Global Commons.

The OSUN Global Commons Editorial Team has launched its Fall 2022 issue, featuring 60 multimedia works selected from a varied group of institutions across the network. A fully student-led, digital publication, Global Commons features essays, articles, creative writing, and artwork by students, and was developed by an international student editorial board over the course of the Summer and Fall 2022 semesters. The first issue of the publication was released during Spring of 2022.

“It was rewarding to witness the passion and commitment of the editorial team as we worked hard to carefully select pieces with an eye to the uniqueness of authors as well as the diversity and creativity they bring to their writing, says Managing Editor Hephzibah U. Emereole, a recent graduate of Ashesi University in Ghana. “I feel very fulfilled and excited for the growth in the latest Global Commons issue!”

Global Commons uplifts student voices on important themes that unite OSUN, especially those related to Sustainability and Climate, Inequalities, Human Rights, Global Justice, Global Public Health, Arts and Society, Democratic Practice, and the Liberal Arts and Sciences. By promoting a free and open exchange of student work in these core thematic areas, the editorial team hopes to encourage new ways of thinking and problem-solving in an increasingly globalized society.

Han Thu Ya of Parami University says that publication of her story, "A Girl in Her Early 20s," is quite important to her as "I now have a chance to inform a diverse range of the Global Commons community of youth struggles in Myanmar at the beginning of the Spring Revolution. I would be happy if this piece could convey a fraction of the information about the people in the small country standing up against the oppressors, which I think is also important for the Global Commons mission."

Jessica Halsey from Tuskegee University in the US says the publication of her article, "Becoming the Beloved: Bridging the Communities" is an opportunity to help spotlight the historical importance of her institution. "It is extremely important that Historical Black Colleges and Universities (HBCUs) continue to have a voice in the journalistic sphere," she says. "My article aims to highlight the significance and necessity of connecting communities, and the diversity of the Global Commons illuminates why bringing communities together is beautiful and meaningful."

Anton Periderii from American University of Bulgaria says that his article, "Why Green Energy Might Not Be the Best Option," presents an uncommon perspective that Global Commons readers will benefit from. "I believe that this work will be important for Global Commons, as it will highlight a less popular opinion and will contribute to the diversity of the opinions presented here," he says.

Mina Dahl of Bard College (Annandale), says that publication of her series of poems, "Stories of their Countryside," allowed her to communicate through the arts personal experiences that might resonate for many. “Every poem I write is an echo of my identity and the consequent struggles I have faced. The Global Commons has allowed those poems to be heard beyond borders by new audiences, so that more people may feel united through cosmopolitan art and its experience." 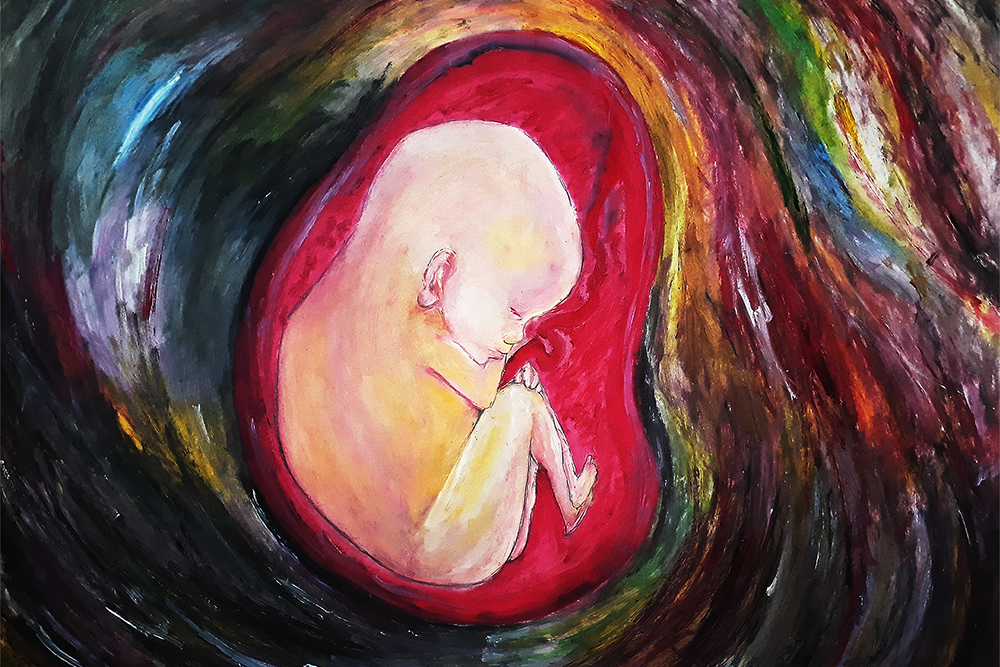 BRAC University student Sarder Mostakim Hasan's painting "In the Peaceful Place" depicts a fetus at rest in its mother's womb. "The universe is like our mother, and the earth is the red womb. It can be a peaceful place, or else we can make it peaceful together," he says.
Emereole says for the Fall 2022 issue her team received 110 submissions from 18 OSUN partner colleges and universities, accepting 60 pieces from 50 unique authors across the OSUN themes listed above.  The majority of submissions were in the area of Arts and Society, with 23 unique pieces. Other OSUN themes, including Inequalities, Sustainability and Climate, and Global Justice all had increased submissions since the Spring 2022 issue, which featured 46 pieces with a majority focused on human rights.

Published twice a year, Global Commons encourages students to create works in any genre or language while they also develop as leaders and global citizens. The Global Commons editorial team of five is also assisted by an editorial board that provides oversight and is open to faculty and staff from across the network.

OSUN congratulates the Global Commons editorial team for another outstanding issue and applauds all of the students who chose to share their work with a wide international audience. Keep on writing and creating!