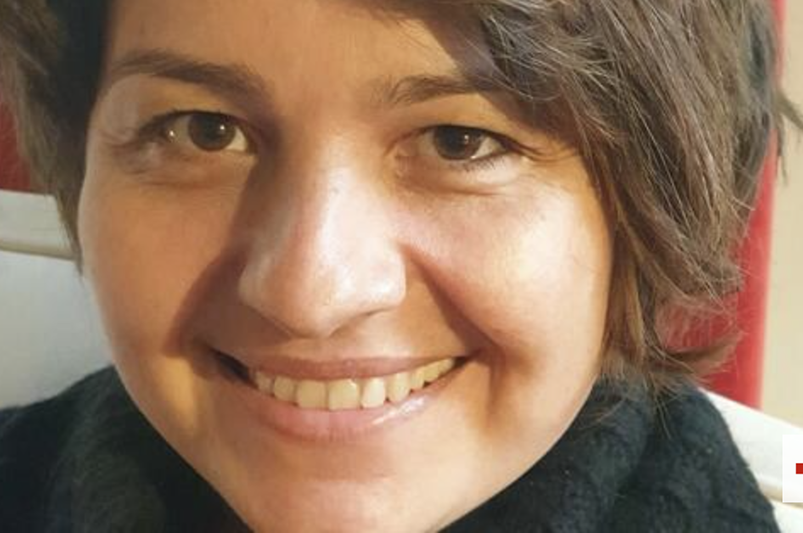 This article was originally published in Der Tagesspiegel on April 6th, 2021

"To Begin Anew in Exile Continues to be Difficult"

A chance for researchers in exile: the Philipp Schwartz Initiative marks its anniversary by switching from grants to temporary employment contracts. Yet, concerns remain.

“I am the project coordinator of an international program at Bard College Berlin.” When Aysuda Kölemen introduces herself, one can hear the pride in an academic career that led her from studying political science at Bosporus University in Istanbul to her PhD at the University of Georgia, Athens in the United States and back to Turkey as a professor at Altinbas University in Istanbul.

If, however, it had been up to President Erdogan and his power apparatus, her career would have ended there three years ago, without income and the very real threat of arrest, trial, and imprisonment.

Things went differently thanks to Kölemen’s academic standing, her international network, and her language skills—which include, after a stay in Heidelberg, German as well as English. Thanks to the Alexander Humboldt Foundation, she received a grant from the Philipp Schwartz Initiative after being nominated through Bard College Berlin.

The program was founded five years ago with funds from Germany’s Ministry of Foreign Affairs in reaction to refugee emigration from Syria and other countries in which academic freedom and the lives and work of researchers are threatened. Since then, 280 academics have received or are receiving grants through the Philipp Schwartz Initiative.

175 grantees come from Turkey, 65 from Syria, six from Iraq, six from Venezuela, five from Yemen, and 17 from other countries. The grants, a minimum of 2,650 euros a month plus plenty of fringe benefits for family members travelling with the recipient, have a two-year limit with the option for a one-year extension.

The Initiative is named after the Frankfurt pathologist Philipp Schwartz, who emigrated from Germany in 1933. He formed the Emergency Association of German Scientists Abroad and taught at the University of Istanbul. After 1945 he was denied return to his former teaching position in Frankfurt, so he emigrated once again—this time, to the United States.

On the Initiative’s five-year anniversary, there is much for the Alexander von Humboldt Foundation to celebrate, including the Bundestag's decision in 2018 to offer permanent funding for the program—up to 10 million euros per year. It is also an occasion for critical revision, as program manager Frank Albrecht says.

The crucial question that the foundation faced after the first round of grants was: what options are available to grant recipients after three years of permanent integration into German academia? Around 2019, criticism was expressed at a rally in Berlin held by the Turkish group, Academics for Peace.

In 2016, a number of Turkish academics signed the peace declaration “We Will Not Take Part in this Crime,” protesting the Erdogan regime’s attacks on Kurdish settlements, which led to the protesters' persecution in their homeland. Despite the academics' sponsorship abroad, grants and short-term contracts offer those in exile “no security or realistic prospects in Germany,” said a historian at a protest rally at Bebelplatz in front of Humboldt University.

Aysuda Kölemen signed the appeal for peace as well and lost her job at Altinbas University. In the maelstrom of the state purges of Turkish universities, which were partly supported from within, Kölemen’s employer tried to be fair by advising her to go on a “research trip” abroad, while not renewing her contract.

As wonderful as it has been to be taken in by Bard College Berlin and to have had for three years “freedom to research and get settled in these new circumstances,” the reality of having to compete for the few permanent positions in the system with countless German colleagues who have stronger networks and usually a much larger collection of publications is extremely stressful, says Kölemen.

On the fifth anniversary of the program, the Foundation’s response to this predicament is to sustain a “roadmap toward future funding with improved long-term prospects for at-risk researchers.” One step is the partial switch from grants to employment contracts.

The new contracts also cover just two years with the option of a one-year extension, but along with health insurance and a pension provided by the employer—a path is being forged towards a blue card for permanent residence in Germany, says program manager Frank Albrecht.

The foundation is “able to finance an employment contract for everyone” but it is up to the receiving institutions to decide on the type of funding. Many colleges and universities switched to contracts, but grants continue to be a faster way to bring to Germany those who are particularly at risk.

Attempting to Place More Alumni in the Private Sector

Further steps toward remedying the situation include increased networking at the EU level aimed at referring alumni to other European countries and more coaching with respect to the academic job market as well as the private sector. “Here, we’re in conversation with institutions and associations,” Albrecht says.

It will continue to be almost impossible for many researchers in areas affected by war and other crises to simply leave their country, let alone receive a grant or an employment contract at a German university or research institute. “Many don’t have passports, or they can’t leave their families back home. Not everyone speaks English or German—and you can’t achieve much abroad with Turkish or Arabic,” says Köleman.

The requirements for receiving institutional appointments are in fact very high, and not only in regards to language abilities. “We prefer to support individuals with whom we have fostered academic relationships in the past,” says Ulrike Freitag, the director of the Leibniz Zentrum Moderner Orient, in an interview published in the foundation’s anniversary brochure. Otherwise, research strategies and methods of investigation would differ between academic institutions considerably.

According to Humboldt Foundation statistics, 67 of the current 112 researchers who have received the Philipp Schwartz grants for two to three years have found a follow-up job: 49 within German academia, eight outside of Germany, and another ten outside of academia.

The need for institutional sponsorship is great and is growing day by day. The situation for academics who are critical of the regime in Turkey continues to be quite dangerous and soon the first grant recipients from Belarus will arrive in Germany, says Frank Albrecht. Currently, the Philipp Schwartz Initiative can consider only a third of the nominations made by receiving institutions.

Another new project aiming to help at-risk scholars is the Threatened Scholars Integration Initiative, which was launched in the beginning of April by the Open Society University Network, supported by the Open Society Foundations with the participation of Bard College in New York and Berlin, as well as the Central European University in Vienna.

The program is initially offering 25 grants in European countries as well as in Colombia, Ghana, Kyrgyzstan, and Bangladesh. Because of the extended reach of the program, languages other than German and English are in demand, says Aysuda Kölemen. She is coordinating the program at Bard College Berlin, a position that makes her one of the fifty percent of Philipp Schwartz alumni with a direct follow-up job.

“To begin anew in exile is and continues to be difficult,” says the 44-year-old scholar. Due to political persecution as well as increasing political pressure on academia even in western countries, new and fair opportunities for scholars at risk are, unfortunately, sorely needed for the foreseeable future.