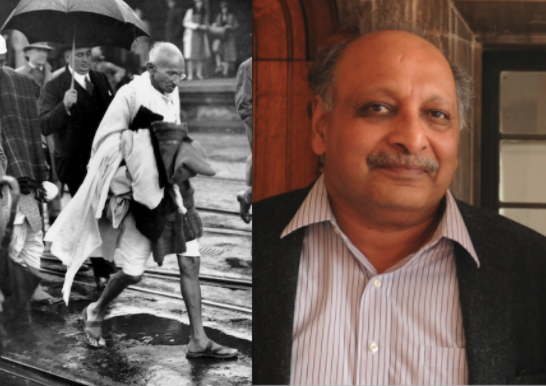 Uday Mehta's forthcoming book, A Different Vision: Gandhi’s Critique of Political Rationality, will be the focus of the 2022 Yehuda Elkana Fellowship & Text Seminar.

OSUN’s Hannah Arendt Humanities Network (HAHN) and OSUN partner Central European University (CEU) have awarded the Second Annual Yehuda Elkana Fellowship to Uday Singh Mehta, Distinguished Professor of Political Science at the Graduate Center, CUNY in New York. In the spirit of Yehuda Elkana, an international scholar and public intellectual who survived Auschwitz and later served as President and Rector of CEU, the fellowship recognizes similar thinkers and teachers who exhibit a wide-ranging intellectual curiosity that bridges the humanities, social sciences, and science. Like Elkana, the fellows also demonstrate a deep commitment to open society, one of the founding principles of OSUN.

Mehta will be in residence for one month at CEU, giving two public lectures and participating in a week-long manuscript workshop from June 13th-15th with faculty and students from OSUN institutions. This year’s text seminar will focus on a series of essays by Mehta entitled "Different Vision: Gandhi’s Critique of Political Rationality."

Mehta has been recognized as an influential critic of the liberal tradition of political thought. His foundational writings argue that there is a universalist and imperialist drive at the heart of liberalism, which aims to educate and “civilize” all people so that they share the same ideals as liberal citizens. That drive is also accompanied by an equal desire to dominate the world, he argues. Thus, Mehta has been described as a “guide to a subterranean illiberal stream within liberalism.”

For example, in his book Liberalism and Empire, Mehta showed that when confronted with the reality of empire in India, liberal thinkers in England justified imperial rule by arguing that Indians were not yet educated enough to be liberal citizens capable of freedoms. Against such liberal imperialism, Mehta advocates for a more radical willingness to consider the feelings and attachments of non-liberal peoples who aspire to live according to their own customs.

In A Different Vision: Gandhi’s Critique of Political Rationality—the topic of the 2022 Yehuda Elkana Fellowship text seminar––Mehta unearths a non-liberal politics that rejects both imperialism and nationalism. In this forthcoming text, Mehta elevates Gandhi's more “civilizational” political theory that links politics to spiritualism, family, and self-realization, and opposes the power of the state as a mediating institution. Thus, Mehta finds in Gandhi a political theory fundamentally at odds with the liberal-nation-state project.

"In a sense, for Gandhi, courage and fearlessness were portals for a sort of spiritual truancy, which he sought to plant in the very midst of the mundane patterns of everyday life,” writes Mehta.

The June 13th-15th workshop in Vienna will be an opportunity for OSUN faculty and scholars to interact intensively with Mehta and with each other. The deadline for network faculty, grad students, and undergraduate students to apply to the Yehuda Elkana Workshop is Friday, April 15.